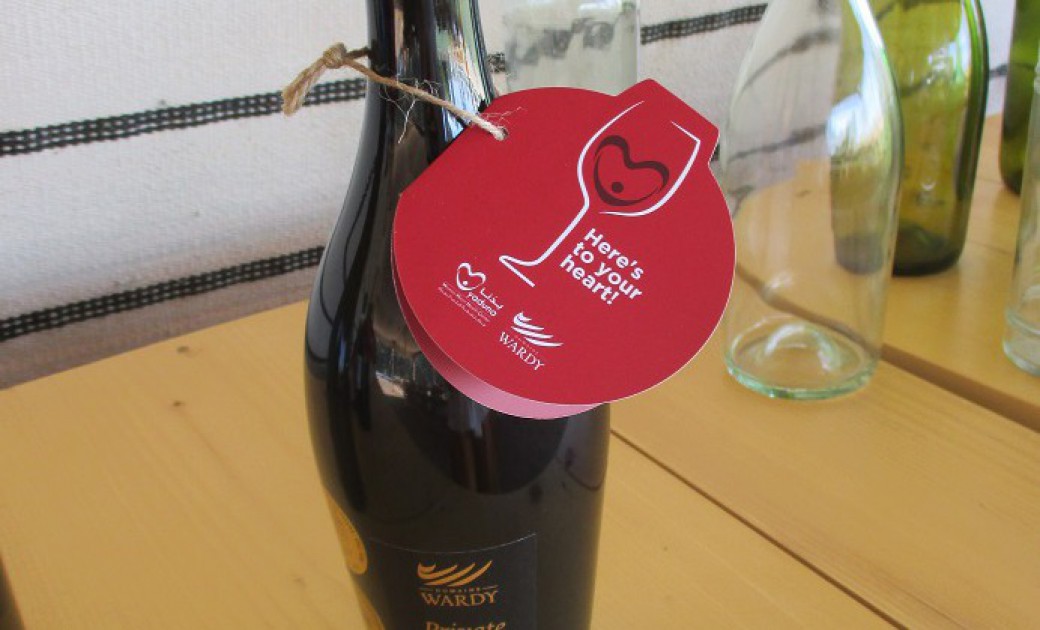 Beirut, 9th October 2019: In conjunction with World Heart Day, Yaduna Foundation- Women's Heart Health Center, in collaboration with Domaine Wardy, launched an awareness campaign aimed at shedding light on the prevention of cardiovascular diseases. Under the “Here’s to Your Heart” theme, tags with advice on cardiovascular disease will be attached to Wardy wine bottles that are available in all points of sales, in order to urge women to fight their number one killer worldwide.

Lawyer Fady Karam, secretary of Yaduna Foundation, stressed on the importance of this cooperation with Domaine Wardy to spread the message of awareness of cardiovascular diseases to large segments of the Lebanese society. “Our meeting today with the media and in this unique place, that reflects the excellence of the Lebanese industry, is an indication of the importance of concerted efforts and the collaboration between the private sector and NGOs to provide the necessary care for women protection and empowerment,” he said.